This can only go in One Direction

Sometimes being a parent means putting aside your own likes and dislikes and giving in to their whims.  Yesterday the Teen Princess insisted she must see one direction's film 'This is Us'.  I have to admit I've been a secret fan of the boys myself ever since their appearance on x-factor so was interested to see what the film would have to say.

My mum baby sat for me and it was lovely for the teen and I to have a bit of us time as we rarely get that these days. 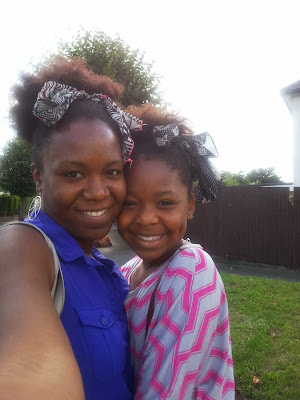 When we arrived at the cinema there were a number of pre-teen and young teen girls dotted about wearing one direction T-shirts.  My teen princess is of course much to 'cool' to actually be seen with anyone's face on her clothing. (At least she is for the moment until she sees a Jessie J t-shirt she can't resist!)  Bed covers are just about acceptable :)

Now as movies go I would say this is definitely one that should be seen from the comfort of your own home.  The film does not in my opinion justify spending the crazy amount you have to pay at the cinema.

What I did enjoy about the film was that you got to see the boys being boys.  Despite their grueling schedule of travel, concerts and appearances they still found time to mess around and be silly as young boys should.

There are moments in the film that as a mother, I found heartbreaking to watch for example when Liam's mum broke down in tears after buying a cardboard cut out of him so that she could still see him every day or when Louis mum admitting having seen her son only a handful of times in the last 3 years.

A lot of young people dream of a life of fame and fortune (including the Teen Princess) but there is so much more than meets the eye when it comes to fame and living the high life.  Yes the boys get to travel the world and can do lovely things for their families (in the film you see that Zayn brought his mum a house and Harry gets to show his family the world) but there are the downsides of not being able to spend much time in the place they call home.  You can see the look on the boys faces, the utter joy they have when they get a chance to go home.  That of course doesn't detract from their love of performing.

I'm glad that the teen princess was able to get an insight into the lifestyle, it may not change her dreams of super stardom but at least she will have an idea of the reality.

All that being said the purpose of our day out was to enjoy each others company before school starts back, and that is exactly what we did.  And today she went to see it again with her little sister!