My lack of writing about the awesome adventures of me and the mini royals might lead you to think a number of things; I could be spending all day on candy crush and inviting them to play a game of trash the house because I'm not bothered; I may have inherited a small fortune and am so busy making investments and buying gadgets that I have no time to write; I may have escaped to a secluded island and decided that words are just not for using outside of my immediate reality, alternatively I could just have been a little busy working 2 jobs, raising 2 children and trying to create some type of balance but I will leave you to decide which sounds likely.

Yesterday I celebrated my birthday.

Another year older and hopefully a little wiser.  I chose not to surround myself with familiar people but instead to spend it in a place I love with two of the most amazing children that I have ever met, if I do say so myself.  We went for lunch and a spot of shopping in Camden.

This might seem a strange thing to say but as soon as you hit Camden lock even the air seems trendier.  The market stalls, the food and shisha smells, the goths, the emos, the dark angels, the punks and the ordinary folk all meshed together in one place.  It's an area where you shouldn't be surprised to see men chained to lampposts casually chatting about their day, glow strings used as hair accessories and cars weaving their way through people traffic.  There was many a photographer out on Sunday and I found myself in envy of their fancy DSLR cameras, too embarrassed to take out my camera phone and snap many photos.  I was however stopped by one photographer because he liked my hat, I didn't bother to ask for his details so if the photo doesn't end up in the deleted items, as some of my impulse photos sometimes do, I like the idea that I may be floating around in cyber space somewhere, printed and hung on a small studio wall or hidden away on a computer in a Camden named album.


Our lunch venue was the lovely Blues Kitchen, where we indulged in american sized portions and took in the relaxed southern atmosphere.  The staff was fabulous, the food was delicious the atmosphere was lush and the prices were affordable, what more could I have asked for, except maybe a pre-marriage version of Channing Tattum covered in fudge sauce and laying in my bathtub (wouldn't want to mess up my sheets.)  It's the second time I've been there and will probably not be the last, it's definitely somewhere I recommend stopping by if you are ever in the area.


After filling our tummies we then took a short drive up to Borough High Street to write on one of London's 'Before I Die' walls. 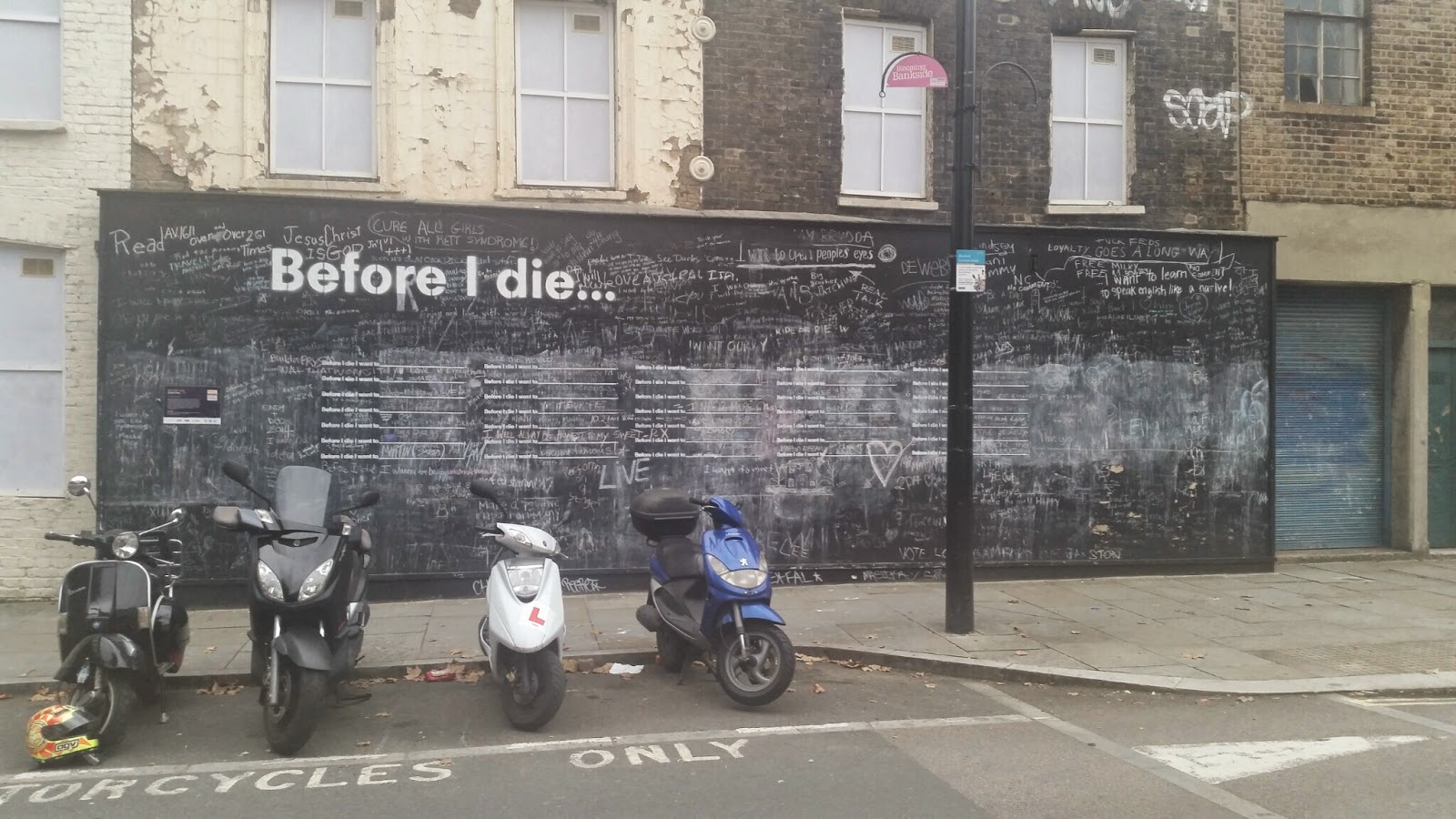 The 'Before I Die' project was started on the wall of an abandoned house in New Orleans by an artist named Candy Chang after in 2009 she lost someone she loved.  It is a space for people in the community to share hopes, dreams and aspirations.  There was something very special about reading the dreams of others and sharing in the writing up of our dreams with my children (or rather with the princess as the prince just wanted to draw). 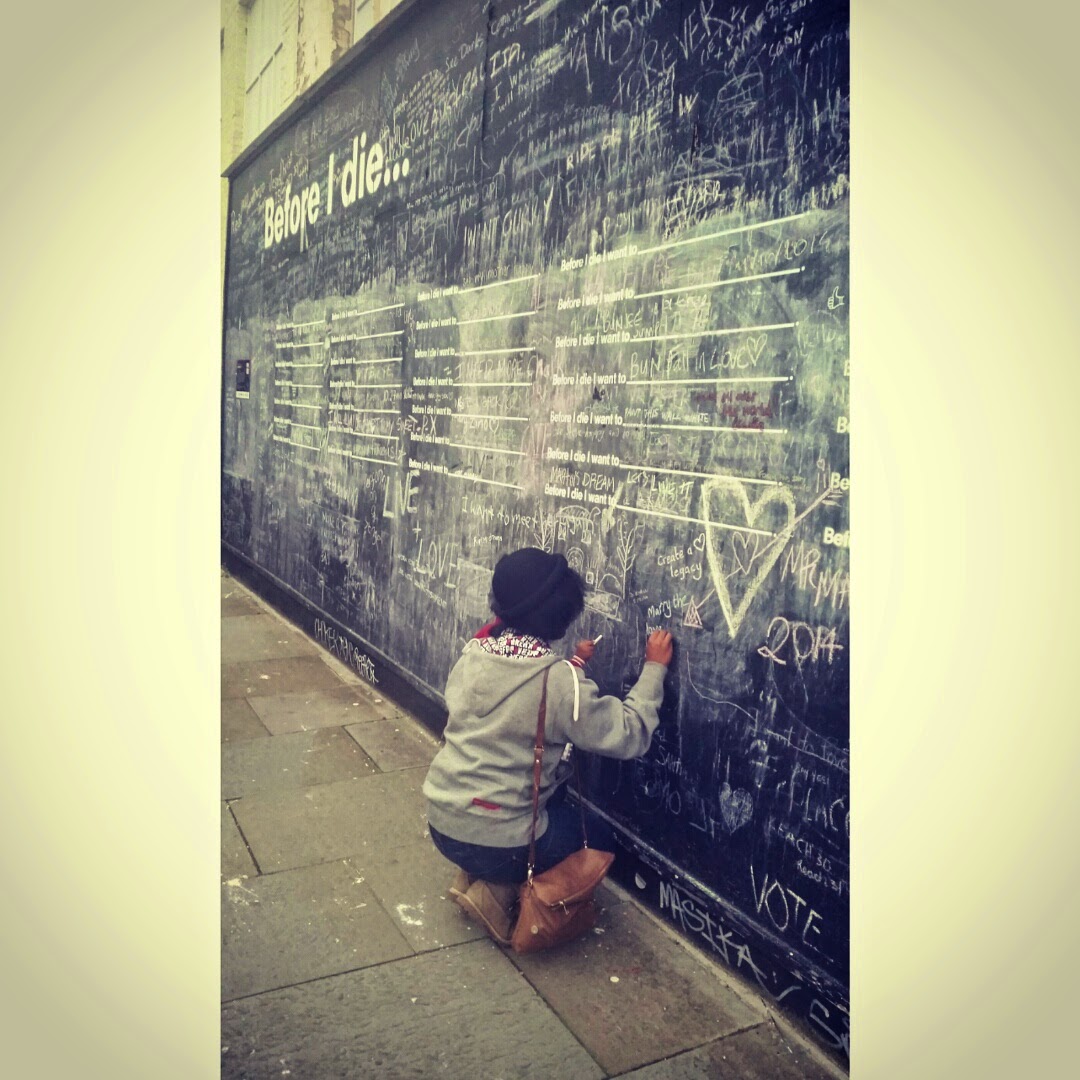 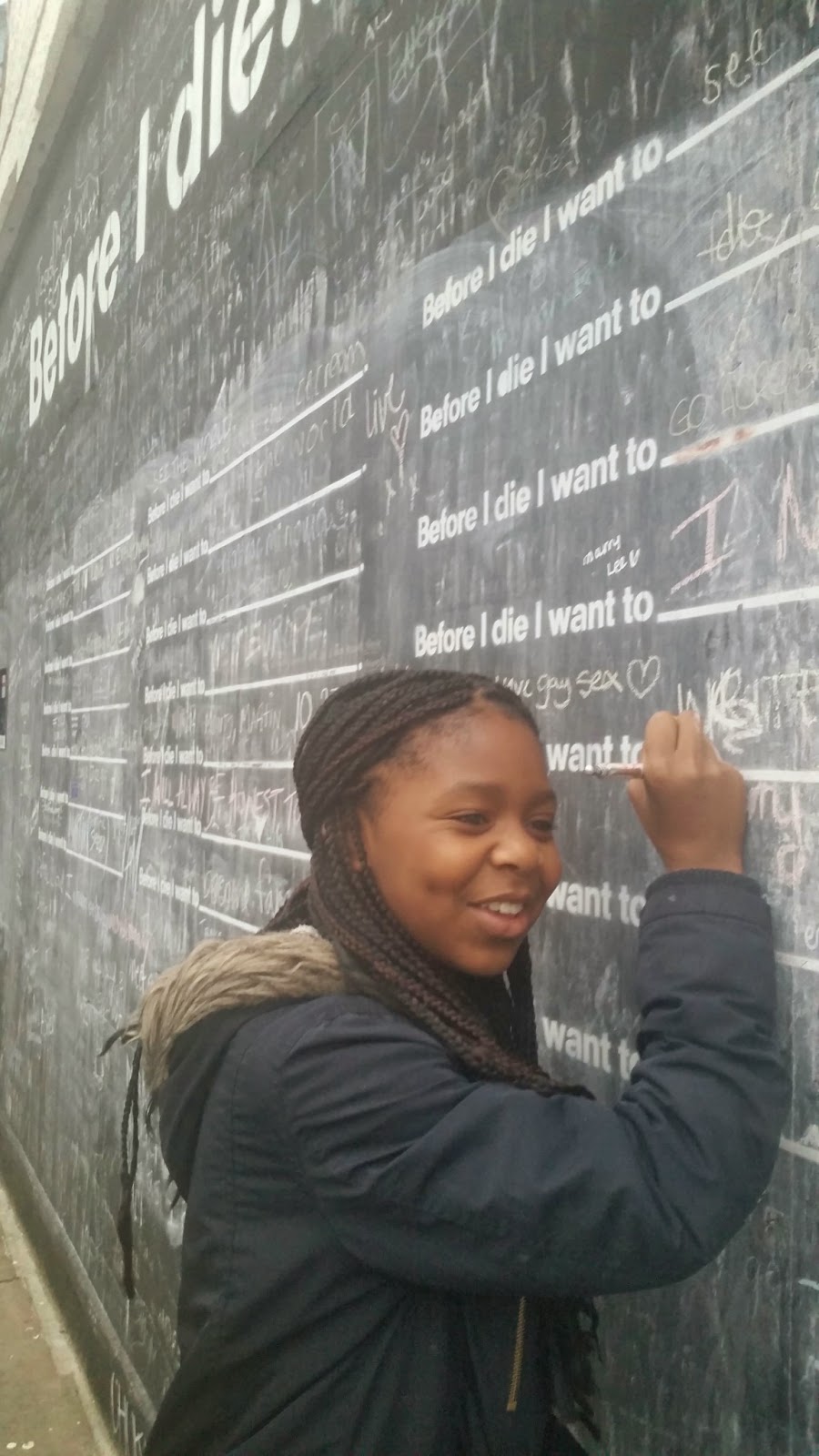 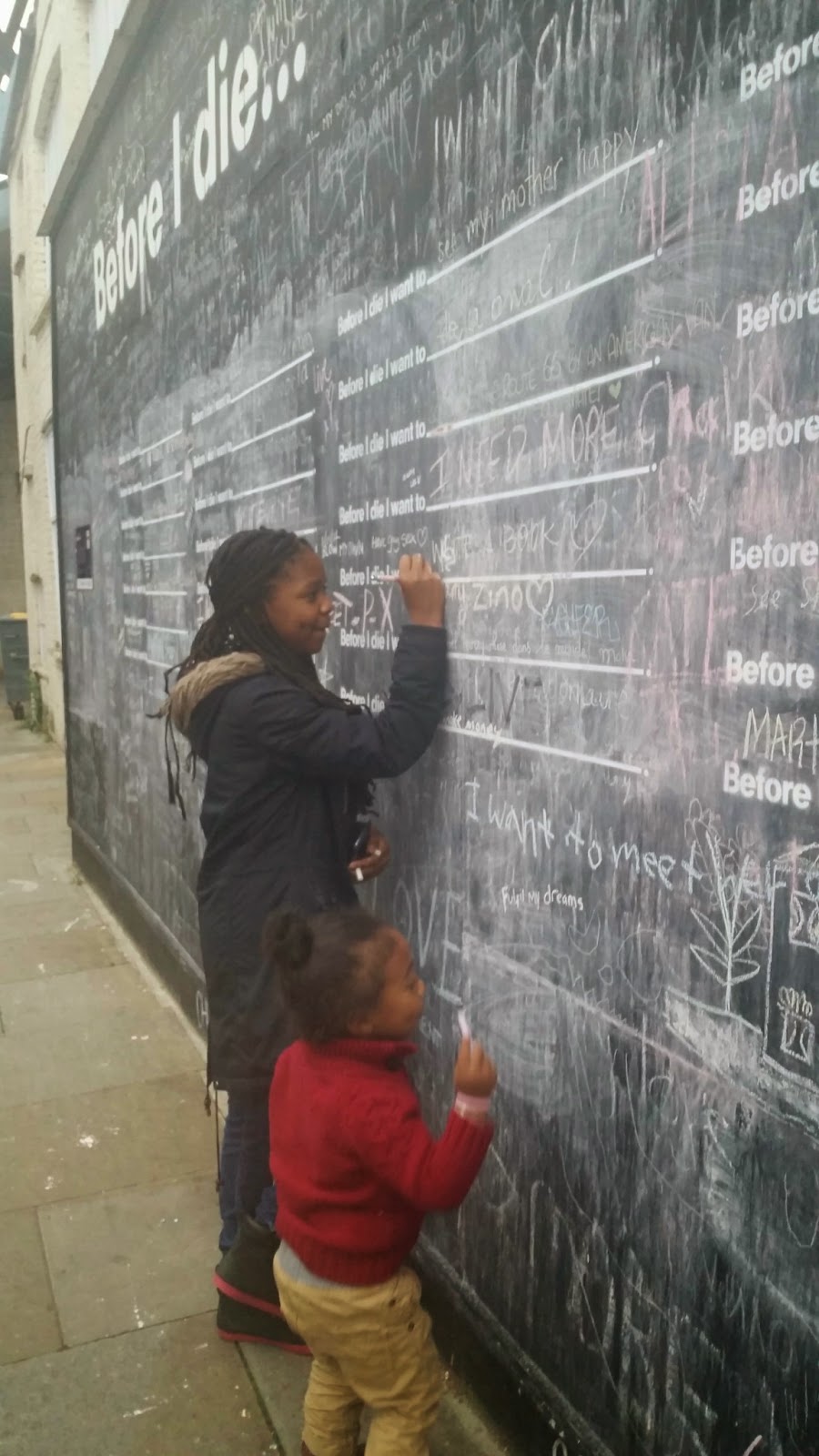 It made me once again re-visit the things that I want out of this life and really appreciate the life I have had so far and the special people I have been blessed to share it with.

For this birthday there was no blowing out of candles, no out of tune singing (although I did have a few tone deaf phone calls) and no getting wasted on doubles of every alcoholic drink imaginable.  There was just time, love and creating memories with the people who matter most.

It wasn't quite a day in the country but we did have some outside fun learning through art and culture, so I've linked this post to Country Kids, hope that's ok Fiona x