It's been a while since I last posted mainly because the beginning of this month has been a really busy one.  Birthday shopping for little man was not done in one trip as I would have liked but rather in many long tiring trips with not a lot achieved on each one!  I must say though despite not enjoying the shopping, yes I'm a woman and I said I did not enjoy shopping, shock horror!  I did manage to get some bargains for example his Hugo Boss top in the House of Fraser sale which paired with denim shorts and his red&white converse meant he looked an absolute stunner for his birthday party. 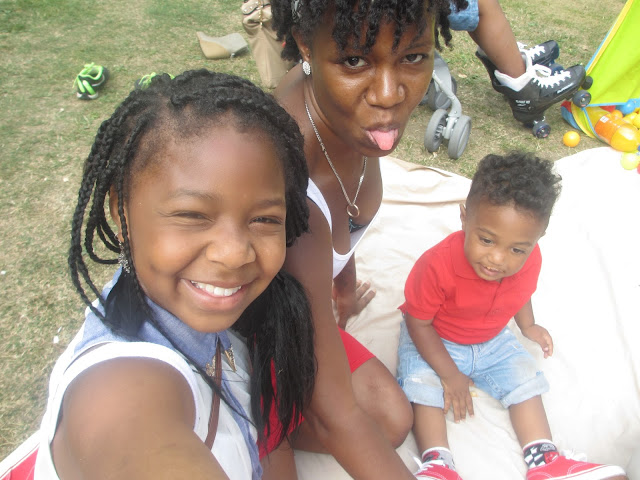 And to join in with all the birthday festivities the teen and I thought we would match little man in wearing red and white.


Unfortunately little man wasn't in the best of moods that day and instead of playing with his friends he wouldn't leave my side except when he saw this...

The very next day we went off to my sister's house to celebrate two of my nephews' birthdays.  Then yesterday to visit an ex-pupil on her birthday.  At least we have a little break until my brothers birthday on the 25th, but next year there will be another birthday in between as one of my close   friends is due in 2 days!!!
Posted by MummaG at 08:46