The Terrible Twos is a Myth Right?

I really believed the terrible twos to be a myth or at least not as bad as some made it out to be,  that was until this week.  The teen princess never really gave me much trouble, as a toddler she was polite, calm and loved playing on her own or with her friends at nursery.  I never really had to entertain her much, in fact I often had to fight to get her attention from her books. 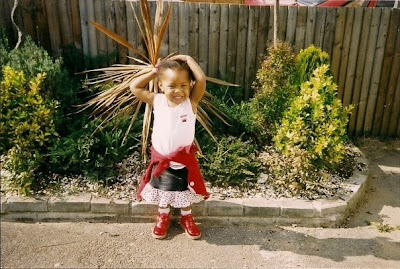 This week my opinion on the terrible twos has been completely reversed.  Little man has turned into a beautiful monster!

The list of not so nice behaviours so far goes as follows:


One thing I love however is that despite this phase of undesirable behaviour he still manages to listen when it's really important.  He stays clear of the oven when I'm cooking, will hold my hand when crossing a road or in a car park and the word dangerous really has meaning to him.

I'm pretty sure this phase will soon pass but boys will be boys!

My strategies so far are letting him know that I don't like the behaviour and then trying not to give it too much attention, (very difficult when I'm staring at a giant mess.)

What strategies have you used to 'tame' the terrible twos?