I have had a busy few days filled with challenges as well as fun and laughter.  On 29th may I went along to Youth Directions hosted by ABCD in the CVA centre in west croydon.  It was great to see such a large turnout with some brilliant young performers.  It was also a chance for us to talk about our project and as this was our largest audience to date it was a little scary but very worth the effort.

I only had the princess with me at that event as mum is back.  It was nice to get some time for just the two of us, though every time it is just the two of us we both get little man withdrawal!  My sister brought her two youngest and they seemed to enjoy themselves.

As well as that event my sister and I met up with a friend from playgroup and took the children to kids play cafe in Addiscombe.  This was my first time going there since it has been under new management and all I can say is thank goodness for the change over.  It was much better, clean with working toys, friendly staff, menus and well organised tables.  The children had a great time. 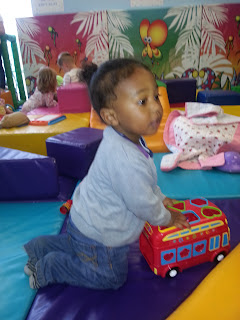 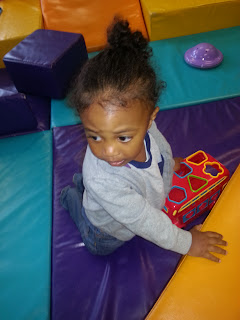 Last night after spending the day window shopping with mum, I went to the cinema for the first time in ages.  It cost way too much and the film we (me and my girlie Connie) went to see was well below standard.  It was called The Purge or something like that and I would honestly like to purge the film from my memory bank.  It was pure stupidity and violence just for the sake of it.  I guess it had a moral of some sort but the ending left a lot to be desired, I obviously won't recommend you go and see it, but if you have nothing better to do and want to waste an hour and a half or so of your life then go for it!

Next on the list of things to do is a trip up west for little man to attend a casting.  That should be fun :)