I'm feeling a great deal better today and the fact that Daniel has gone a week without breast feeding has a lot to do with it.  I've had a cold for what seems like forever and that teamed with a lack of sleep had me in really bad spirits.  Breast feeding is great but when it comes to getting the baby off the breast that's another story.  Though I don't want anymore children, I know that if given the chance to start with Daniel from the beginning, I would do combination feeding so he would at least take a bottle if offered.  That said despite him sucking away my energy I think it does help with the bonding process.

The past week has been somewhat uneventful.  I received the cutest little vampire costume in the post for Daniel to wear to his friends party unfortunately I have double booked so he wont be going.  It's probably a good thing as I don't do the whole Halloween thing but with her being one of Daniel's Godparents and one of my closest friends I intended to pop in.  I decided that Daniel should at least get one wear out of his costume so I put it on him.  It was as though when the cape was fastened he turned into a vampire, he started dramatically running around the house laughing and screaming.  I managed to get a picture before he eventually took off. 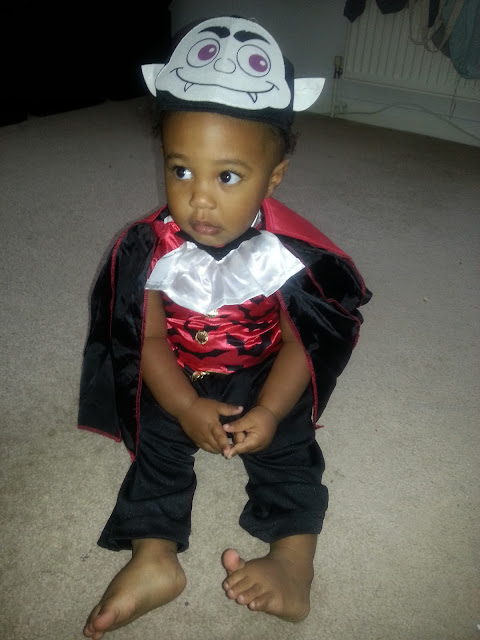