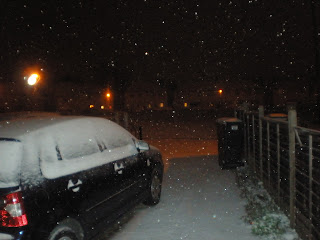 I woke up this morning thinking the world would be a much happier place if babies had snooze buttons.  There is nothing worse than a grumpy mother, except maybe a hungry tiger, they will both bite your head off but the tiger won’t do it metaphorically. 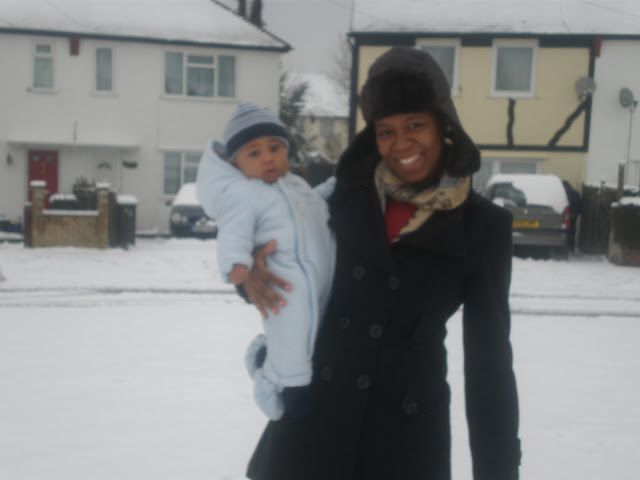 After a cup of coffee and some morning cuddles it seemed only right that we go outside and christen the snow blanket. 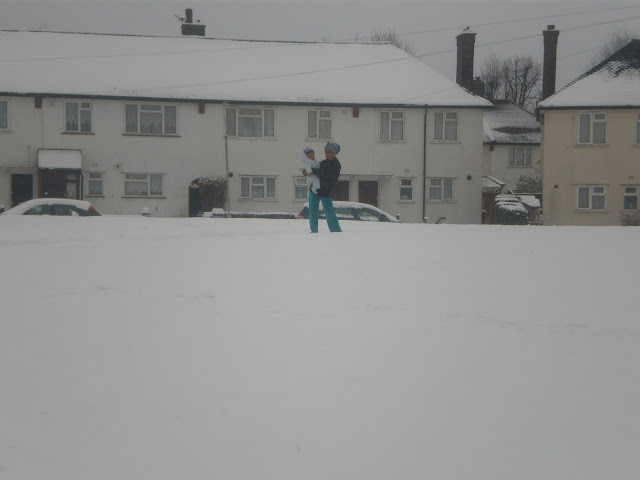 Daniel’s all-in-one coat was ‘snug’ shall we say but on it went and out we went. 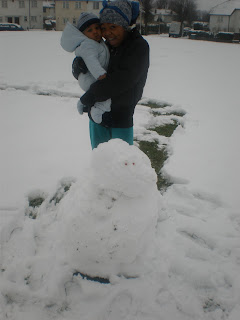 Neither Tianna nor I had bothered to put on gloves so our hands were freezing and our snowman would register at number 2 on the worst snow men ever charts barely losing the first place spot to a pile of untouched snow.

We lasted five minutes in the snow much to Daniels pleasure.  You could see the joy on his face when I took off his coat and he could breathe again. 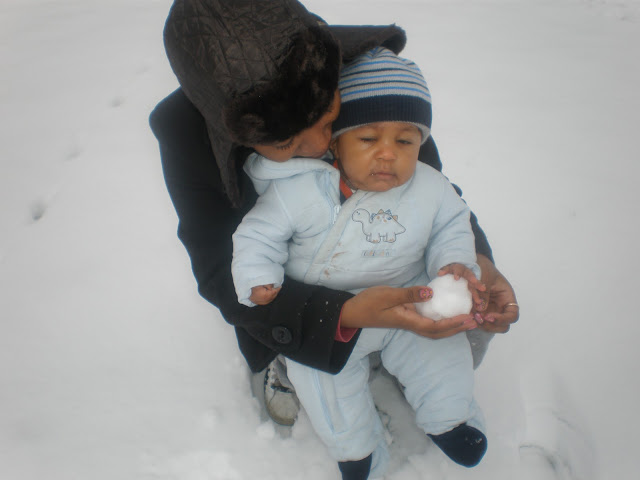 After warming up under a blanket we had a visit from one of Daniel’s god mummies, poor her, She had to endure watched me and Tianna up to our usual antics singing songs about chicken balls and dancing to, dare I say it… SPICE GIRLS. 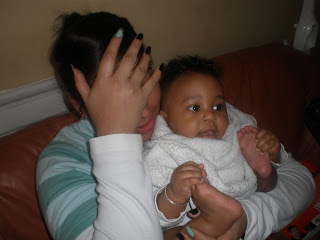 Over all a really chilled out day in the Houston-Haffy household.
Posted by MummaG at 10:12